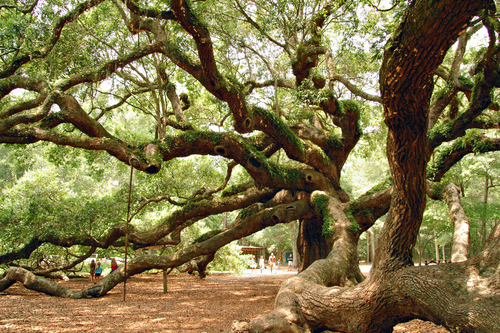 Johns Island is the largest island in South Carolina and the fourth largest on the East coast. Johns Island is located to the west of James Island and to the east of Wadmalaw Island. Originally a farming community, the island’s history dates back centuries as the site of several prominent plantations that produced much of the area’s rice, indigo, and cotton exports. Farming still exists today, and with the rise in popularity of local fruits and numerous other agricultural products, the island has experienced a rebirth in this historic function. The island’s close proximity to downtown Charleston, just a 10 minute drive, and beautiful scenic property make it a prime location for development. Between 2000 and 2010, the island’s population grew by 50%, the largest increase in its history. Travel on the island is easy with two brand-new bridges, an executive airport and a four-lane expressway to Kiawah Island. Numerous high density developments have been created, however, despite the development, the island manages to have maintained its rural character and heritage, and several restaurants and stores reflect the local culture and Lowcountry flair. The island is also home to the Angel Oak, a famous 1400 year old Southern live oak tree, which towers 65 feet high and has a 25 foot circumference which offers 17,000 square feet of shade.

Barberry Woods is a popular neighborhood on Johns Island consisting of only about 70 homes built from 2002 to 2005. People tend to like this neighborhood because the affordable homes are designed in the traditional Charleston style, often with double front porches, ranging in size from 1600 to 2000 square feet. Barberry Woods is located off of Maybank Highway and is about 15 minutes to downtown Charleston and about 20 minutes to the closest beach, Folly Beach. 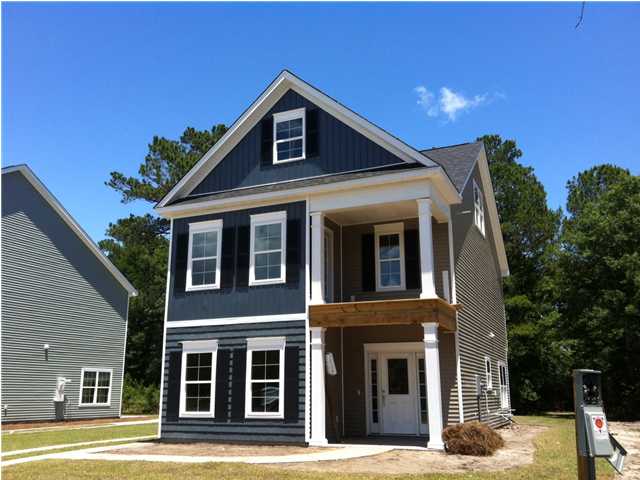 Located on Johns Island, new homes at Brownswood Farms are located about 15-20 minutes from downtown Charleston. The 40 lot community is comprised of Charleston-style “Row Houses” built by Harbor Homes with sidewalks and jogging trails. New homes range in size from 1,300 to more than 2,600 square feet with an array of options available to personalize your new home.

The Cottages at Johns Island

Located off Maybank Highway, The Cottages at Johns Island is a 66 lot new home planned development about 20 minutes from downtown Charleston. This community is very similar to Brownswood Farms in style and also built by Harbor Homes.

Gift Plantation is located off Chisolm Road, on the far side of Johns Island. It is one of the most spacious communities on the island and one of the most secluded. The lot sizes for these high end homes range from half an acre to one and a half acres. Gift Plantation is ideal for the buyers who want the best of both worlds – enough acreage to give privacy but also the benefits of living in a well maintained residential neighborhood. Gift Plantation amenities include a swimming pool, club house, tennis, and dock facilities. 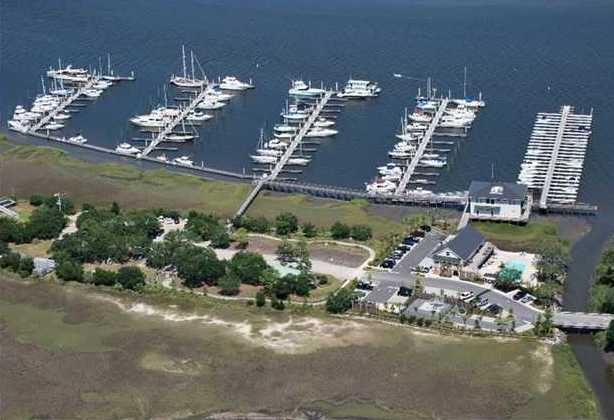 Headquarters Plantation is a gated waterfront community that has an unbeatable location right off of the Stono River Bridge, which is the connector from James Island. It is the closest Johns Island community to downtown with roughly a 10 minute drive and is only 15 minutes from the beach as well. The community offers a good selection of homes and condos, most overlooking the Intracoastal Waterway. Providing some of the best deep water access on Johns Island, many homes have private docks.

Kiawah River Estates (formerly called Hope Plantation) is located just 2 miles from the entrance to Kiawah and Seabrook Islands and is the only golf community on Johns Island. Its Oak Point Golf Course is one of five resort golf courses owned by Kiawah Development Partners. Many of these homes overlook Kiawah, which is located just south across the marsh. In addition to golf, amenities for this gated community include a swimming pool, tennis courts, club house, and dock. Bohicket Marina, Freshfields Village, and the Mullet Hall Equestrian Center are just 5 minutes away. This is one of the furthest neighborhoods from downtown with about a 35 minute drive. But the drive along Bohicket Road is worth it for witnessing one of the most beautiful displays of majestic live oak trees covered with Spanish moss which line the road on both sides. 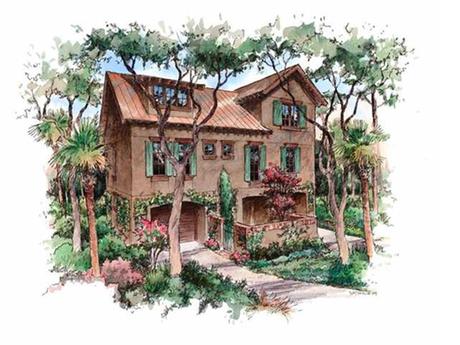 The Preserve at Fenwick Plantation

The Preserve is a half-mile of pristine waterfront property developed under a least disturbance policy to ensure grand trees, beautiful marshland, and natural waterway, Penny Creek are protected for the enjoyment of residents. The community will have up to 200 homes when completed. Amenities are in abundance in this neighborhood with creeks, 2 community docks with space for 16-20 boats, leisure trails, a community gazebo, firepit and 3 ponds. There will be a variety of floorplans to choose from starting at 2200 square feet up to 2600 square feet.

Surrounded by ancient oaks, The Retreat is a quaint community with just 59 home sites. The Retreat at Johns Island offers traditional homes with a variety of floor plans including wrap around porches. Homes range from 3-5 bedrooms up to 2900+ square feet. Homes are built by Crescent homes and are Energy Star Certified. From breathtaking lowcountry views to scenic drives over the Stono River, this is island living at its best.

Fifteen minutes from downtown Charleston is St. John’s Crossing, a new community built by locally based Catalyst Builders. The neighborhood will have 70 lowcountry and cottage style homes ranging in size from 1200 to 2100 square feet and constructed along its one artery, the uniquely named Bee Balm Road. The tree-lined streets have sidewalks and zero lot lines give this community a nice country feel.

Developed from 2003 to 2008, Summertrees is a very popular neighborhood on Johns Island for houses priced under $300K. Many of these homes overlook community ponds and most of the other houses back up to woods, which gives great privacy. With lot sizes ranging from 0.17 to 0.3 acre, homes generally have 2 car attached garages, 3 to 4 bedrooms, 2 to 2.5 baths, and 1,300 to 2,500 sq ft. Built to EarthCraft standards, homes are more energy efficient and environmentally friendly than most of the other homes you’ll find. The community features a children’s play park. Buyers tend to like this community because of its relative affordability, the good home designs, and the newness of the neighborhood. 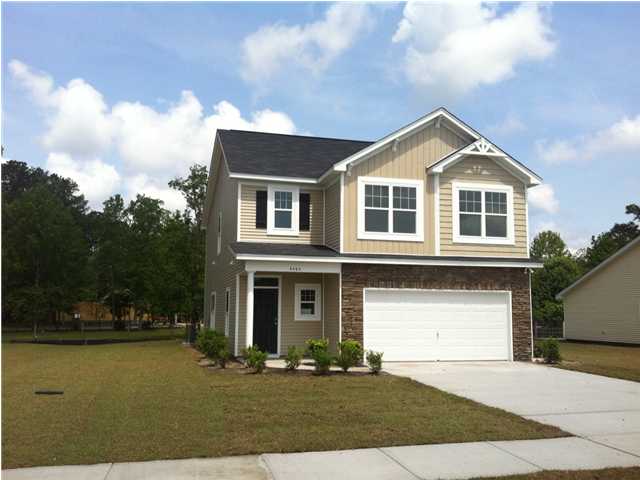 Straffordshire is a new community built by Harbor Homes about 15-20 minutes from downtown Charleston, located off of Maybank Highway. These new single-family homes feature a plethora of designing options. Harbor Homes prides themselves on their EnergyStar features that really save homeowners money. Houses range from 1,300 to more than 3,300 square feet with up to six bedrooms and a garage. Houses can also be semi-custom, where the homeowner can choose colors, options and finishes built to suit.

Swygert’s Landing is a 200-acre development located on beautiful Johns Island built by Eastwood homes and about 20 minutes from downtown Charleston. The development consists of 166 single family and estate lots, 24 carriage duplexes and a neighborhood town center. Currently, land development is complete on 56 lots. Residents can choose to build from 5 different floor plans.

The Villages in St. John’s Woods

The Villages in St. John’s Woods is a neighborhood of 35 homesites featuring charming houses built in the Charleston cottage style. Located just off of Maybank Highway, between River and Bohicket Roads, this small community is a short drive to beautiful Kiawah Island, Seabrook Island beaches and resort amenities and only 12-15 minutes from downtown Charleston. The size of the homes and lots are smaller than average for Johns Island, but the charm and quality of the homes are great for the price. The neighborhood features a 6-acre park with amenities such as a swimming pool, a covered pavilion, walking trails and a children’s play area.