Another Big Drop in Median Price for July? Not so Fast!

I promised an update when August sales figures came in, so here goes.

The Charleston residential real estate market saw a further decrease in median sales price, $399,000 to $395,963 from July to August. From our May high of $425,000, we have dropped approximately 6.8%. But the decrease from July to August was a lot smaller compared to previous months, and I have some thoughts as to why it has slowed. 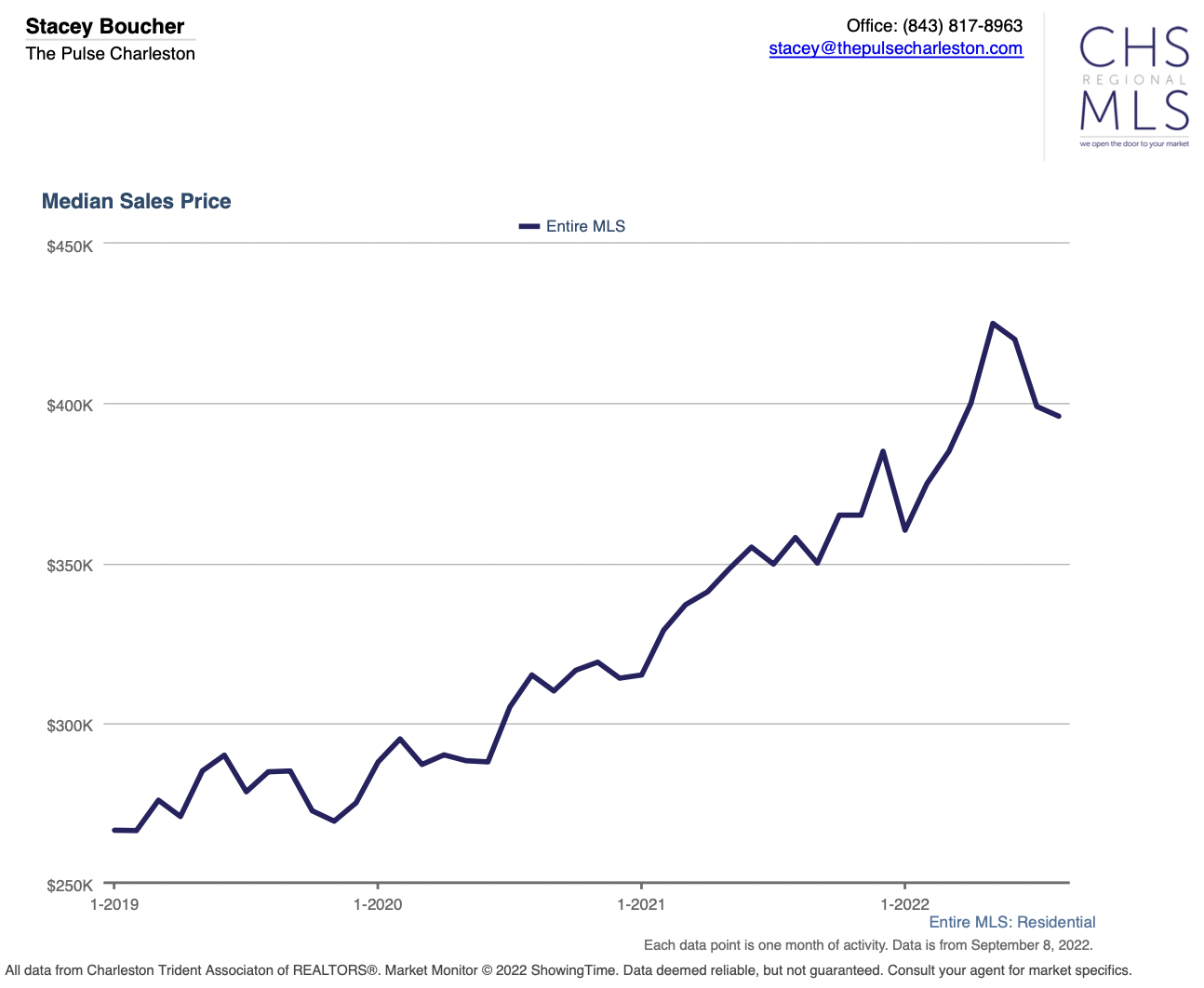 New listings are dropping significantly, and I think there are multiple factors contributing to this decrease.

Historically, new listings drop in the fall. Common knowledge is that spring is the best time to sell, so many sellers prefer to list in the spring. Many buyers make their moves following school schedules, preferring to be in and settled before school starts back up in the fall.

Many buyers and sellers do not want to move during the holiday season, a typically busy time of the year for just about everybody.

While this does not affect us too much here in Charleston, bad weather is another driver of spring listings. Exterior listing photos look better with green grass and flowers, not snow or bad weather. Christmas decorations in photos are also a big risk. If a house does not sell as quickly as planned, come January, that Christmas tree in the photo can be a big deterrent to buyers, a blatant reminder that this is a stale listing, and there may be something wrong with the house. Ever hear the saying, “I don’t want to buy it if nobody else wants it”? The same psychology applies to real estate sales.

I also think sellers may be sniffing out that the peak for prices may have passed. With rising interest rates, the buyer pool is dwindling, and there is downward pressure on prices. To move, sellers would have to accept a much higher mortgage payment than they are used to. National rates are hitting their highest levels since 2008. In comparison to today’s rates, if one bought their current home just one year ago, prices were significantly lower and rates hovered around 3%. With current prices at higher rates, a seller would have to accept a 60% increase in monthly payment in just one year, and that doesn’t include taxes and insurance which also rise when home prices increase. That sure would make me think twice about moving!

With new listings decreasing, we will see added pressure on our already low supply of homes to sell. Low supply puts upward pressure on prices again. 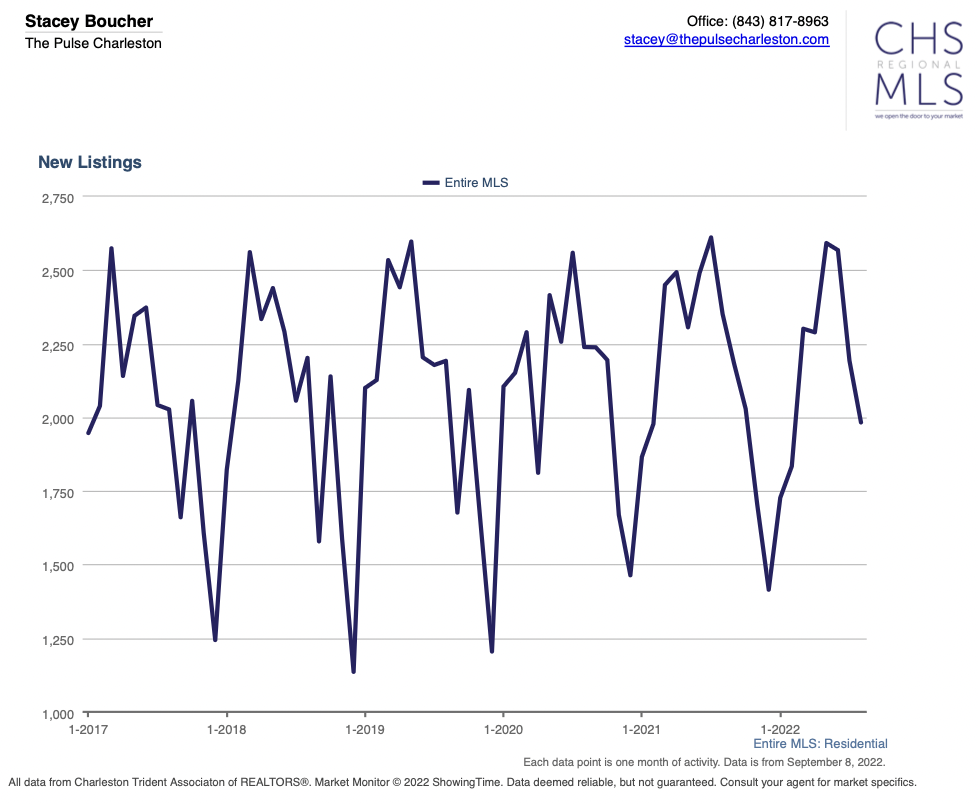 Another factor slowing the decline in prices is that pending sales were up last month. Why? Not 100% sure, but my guess is that interest rates dipped just enough to drive enough buyers off the sidelines who were thinking about moving in the spring but were deterred when rates rose so quickly. Having had time to internalize the increase, that small interest rate drop may have propelled some to take the leap. Another idea that crossed my mind is that new home builders are feeling the crunch nationally and are back to offering some great incentives to build a home today. I have even seen some home builders offering to buy down interest rates for buyers. That might be enough to entice me! 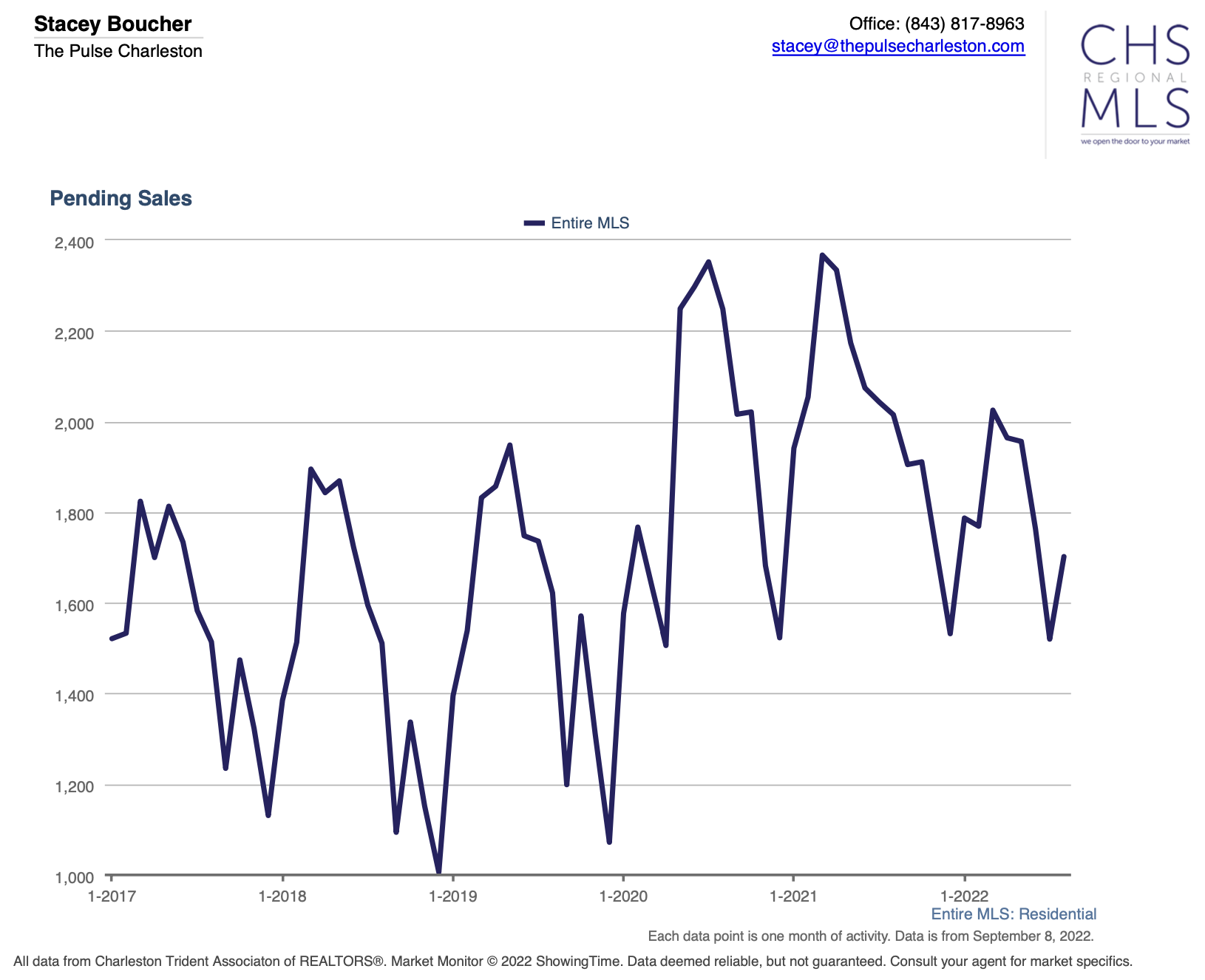 In recent years, pending sales have increased from September to October in our area before heading lower in November and December again. Why? I think buyers are back from summer trips and through the craziness of the school year beginning, and it is the last-ditch effort to get in before the holiday season starts. Maybe we just started earlier than normal with all the attention the housing market has received lately. It is very possible that pending sales will keep heading north for the next couple of months as well.

Where does that take prices for the rest of the year and into the first quarter of 2023? My best guess is slowly declining, stagnant, or slowly rising, unless rising rates hinder demand further or cause economic deterioration enough to scare people about the possibility of job loss. Our supply is just not rising quickly enough, in my opinion, to see larger price moves.

Is it a good time to sell now? I think so. It is taking just a bit longer to sell, but not much longer. With active listings heading down again, sellers may be back in charge for the time being. We will know more when September and October data is released. 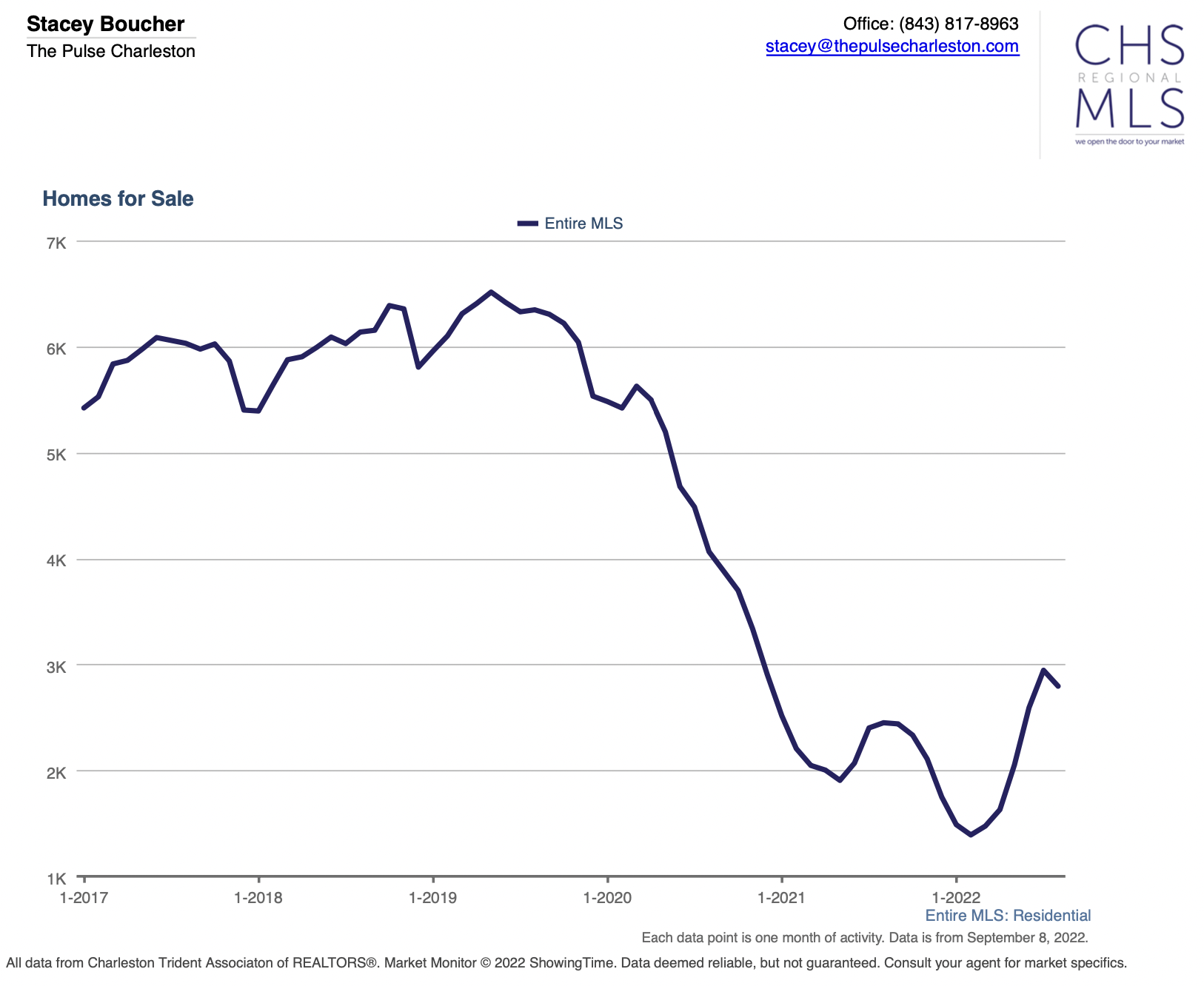